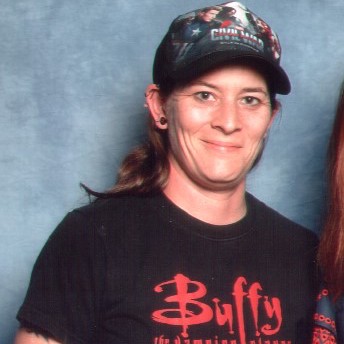 I've been a part of the Tech Crew since 2013, and SFB weekend has become one of the highlights of my year! (except the Monday after, where i am broken!). I'm in charge of all the videos of the panels and gameshows you see on the big screen over the weekend, as well as making sure none of the cameras get knocked over by an errant Dalek! You likely won't see much of me over the weekend, as i'm usually hiding behind a vision mixer up in the tech booth. I also edit all the footage from the weekend (usually 40+ hours) into the wonderful DVDs you see for sale at the event.

I once took a Terminator gay clubbing in Cardiff, where many Jager Bombs were drunk.

Back to Meet the Crew