We are really proud to take this on and support the Sci Fi Ball, not just during the ball but also throughout the year.

We wear sashes during the day at the ball so if you want to ask anything just stop us and ask, especially if you are with us for the first time (newbie). If we don’t know the answer we will find someone who does. The sashes are worn by us but knowing who we are may help to so let’s introduce ourselves.

The 25th Ball will be my 23rd, though my husband beats that as he attended the first ever ball. It’s an event I would never miss as it’s the best fun that can be had in the known universe. You can usually find me wandering around and during the parties on the dance floor. Even though I am aging I still try to dance all night, often feeling the pain a week after the ball!

I love Sci Fi in most forms though I started with Doctor Who from its first ever programme in 1963, (I did say I was aging, but still refusing to grow up) and my dad introduced me to Asimov books at 11 and of course Star Trek! My husband, Jan & I met when we were both joined a Star Trek club, way back. It’s our 20th wedding anniversary in October 2018.

Ok, I’ll admit it I am a bit of an obsessive fan of Doctor Who, much to the disappointment of my wallet! I also love board games and table top gaming really loving Ticket to Ride. I have attending conventions since the 1980s all over the country but always the Sci Fi Ball. Over the years of coming to the Sci Fi Ball I have made so many friends, some of which I see outside of the ball when we visit each other and some who I meet up with once a year at the ball. It is what make the ball so different from any other even on the sci fi circuit….its family, a very special inclusive family that know how to have fun, where you can truly be who you want to be and feel safe, happy and let your geek shine. I look forward to saying hi to you and having a chat if you want, as my husband says I can talk the hind legs of a Dalek. See you there! 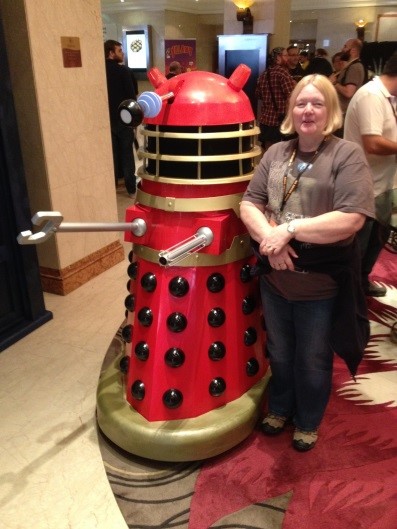 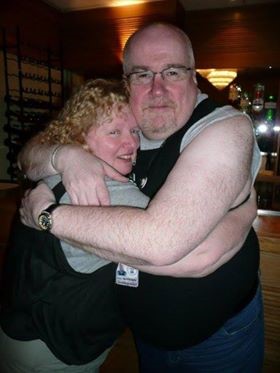 Smooth, suave, sophisticated are three terms that cannot be used about me.

A veteran Trekkie is one that can, in fact when The Sci Fi Ball25 comes around it will be 50 years to the month since I first discovered Star Trek in a long forgotten comic call Joe 90, Top Secret (a full 6 months before it was shown on BBC)

Sci Fi Ball is a great concept, you come to Southampton for the weekend, meet your favourite stars from movies and TV, attend parties, have fun and raise lots of dosh for the Teenage Cancer Trust plus you make lifelong friends, if you're lucky.

The difference between a fan run convention and those comic style cons is the atmosphere.

At a comic con, it's like going to one of those out of town superstores, everything under one roof but totally impersonal whereas The Ball is where you can take your time, stop and chat with the stars and the organisers will listen to your ideas and try to implement them.

As Lyn says we will be around all weekend at The Ball wearing our sashes so come up and have a chat or ask us a question and if we don’t have an answer we will help you find someone who does.