Avenue Who with JJ Lahey 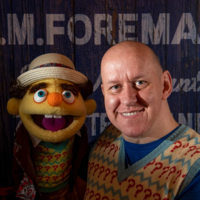 Avenue Who -  As a lifelong fan of The Muppets and Doctor Who, JJ LeHay decided to combine his passions as a fun parody project by designing and building his own characters based on the various Doctors, monsters and companions from the long running show… And the WHOligans were born!

Last summer, Avenue Who Live: Timequake was a sell-out promenade performance show, based in the beautiful grounds of Norton Priory in the UK.  Using “hides” (similar to a traditional Punch and Judy booth, but looking like the Tardis) we were introduced to the puppet Doctors.  The adventures are fun, educational and entertaining for all the family.