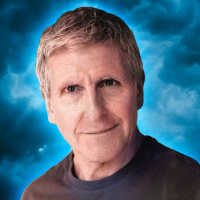 Christopher Ryan is perhaps best known for his appearance in the Young Ones as straight man Mike. He later played Dave Hedgehog in Bottom, and Marshall Turtle, one of Edina's unloved ex-husbands, on Absolutely Fabulous.  In 1986, he appeared in the science fiction series Doctor Who as the alien creature Lord Kiv in the serial The Trial of a Time Lord: Mindwarp and in 2008, he again guest-starred in Doctor Who in the episodes "The Sontaran Stratagem" and "The Poison Sky", as the Sontaran leader "General Staal", and in the 2010 episode "The Pandorica Opens", playing another Sontaran character, "Commander Stark"