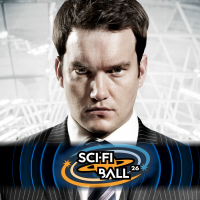 A Welsh native David-Lloyd returned to his homeland for the filming of his first regular television role in 2006 for Doctor Who spin-off Torchwood, in which he played Ianto Jones. David-Lloyd has appeared in three of four series of Torchwood and even made an appearance in the Doctor Who series 4 finale episodes "The Stolen Earth" and "Journey's End". In 2009 he appeared in the short comedy film A Very British Cover-up, while also appearing as a police detective in Internet crime thriller, Girl Number Nine.

In 2011, David-Lloyd appeared in an episode of the SyFy show Warehouse 13 an agent of Warehouse 12 from the 1890s. Recently he has appeared on both Holby City as Ryhs Hopkins, and in the BBC One medical drama Casualty as Joshua Bowers.